Since the introduction of the NHS, giving birth has become much safer. Funding good care in pregnancy, at birth and in the first two years of life is an investment well worthwhile and one that pays off in economic as well as health and happiness. Investment in good maternity care makes the whole country better off.

The still birth rate doubles for poor mums and we live in a poor area. Staff stress has become a risk factor Maternity units had to close their doors to women on occasions last year. The maternity tariff is inadequate An NHS spokesperson said it was ok to travel for four hours in labour. It also favours giving women a choice of four versions of place of births but not which city they give birth in if the NHS decides to close a maternity facility We have a private contractor working here in the Wirral, and there are concerns from CQC reports.

So we were especially concerned when we heard that the local CCG were intending to set up an accountable care system using this private company The purpose of a company is to make a profit. Wirral is in the process of piloting an Accountable Care Maternity model with the acute provider subcontracting to ONE to One Midwives to deliver the full range of services included in the Better Births report.

Mr Banks at first denied this had been said but we were able to show him the document. These are not extra midwives. We think caseload model this is difficult in a situation where there is a shortage of midwives.

A cut above the rest: The City of Liverpool College students beat national average

It will remain an aspiration until resources are provided, and training midwives can take years The pop up will he said be covered by the Clinical negligence scheme for trusts Mr Banks reported on improvement in stillbirth figures These figures really do need to improve Mr Banks said there were arrangements for rapid transfer as used for home births.

We asked about Ambulance response times, which we have seen as problematic. He did not see this as a problem. We asked about lone working for the midwives. Mr Banks said there would be other staff there during the day. The team will do antenatal and post-natal care from the Seacombe centre. We asked what would happen when the mother goes into labour. The mother will phone the midwife. We are concerned that this system could direct women to options that they would otherwise not consider. Choice of birth setting is highly influenced by initial advice.

We asked to see the consultation they had undertaken, they said they would forward it.

We asked about personalised budgets, which are a feature of the Maternity Review? Catherine Mc Clellan replied that they do not want midwives involved in such calculations, in costing each intervention and procedure. We asked about the One to One company.

We were informed the company were under High surveillance or something similar , they can provide ante natal and post-natal care. He said they have to work to national agendas Mr Banks suggested we looked at this We had seen this previously and consider it to be methodologically questionable and without a solid evidence base.

We asked where the capital money had come from for this pop up unit. He said none had been spent apart from a small grant for decorating. The council had provided the building, equipment was from the hospital. 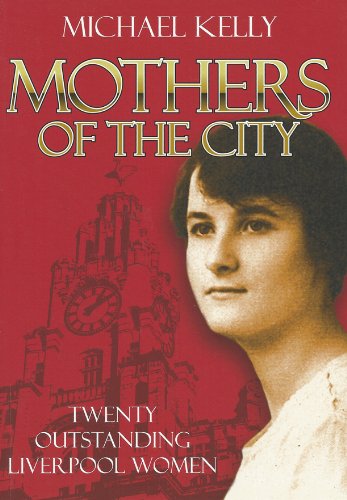 If there was a call for this kind of a service then perhaps, the NHS might do some capital investment but the NHS had no capital to invest, this was his meaning if not his exact words. We asked could the pop up do instrumental delivery or ventouse?

The answer was no. We asked could they do pain relief or epidurals? We do not think that the size of the team is realistic for the service advertised, even with all the good will in the world is applied by the midwives. Sleep, self and family care, holidays and sickness mean this is a very small team to provide hour cover. So what is the situation This expresses some major concerns. We will continue to question the situation We suggest those who want to know more nationally read this also.

We oppose the ending of bursaries for nurses and midwives. We support better pay and conditions for staff.

We campaign against the STPs, the maternity vanguard, personal payments and down grading maternity services. We face a hugely well funded publicity campaign by the management of the NHS and the Government and much of the media. It is only our supporters who can give us a chance of success. Please donate. We have to learn how to run this campaign as we go along.

Please make all the blood sweat and tears worthwhile!. This is an important piece of research describing what is happening to Maternity nationally. We demand that the NHS be funded properly and be fixed, that the running sores of privatisation be tackled. Lack of adequate funding and privatisation have caused real harm, and other plans are afoot that are doing grievous damage.

These rallies are to give you, NHS workers support as well as to loudly protest. We want more funds for the NHS, we should match what other advanced countries spend on health. We want our health service to be National, not regional, not local, but National. To be for all of us, equally; babies, mothers, elders, employed, unemployed retired, carers, manual workers and office and shop workers, everyone regardless of class wealth or creed We want it to be national so we can gain those huge economies of scale that have made the NHS the most cost effective health care system in the world in international comparison tables.

Maternity care needs it to be national, to develop good maternity provision and to make the fight for good maternity care more powerful. We cannot leave a few women in each area fighting for good maternity care, it need as national service and a national campaign. Good care for babies in pregnancy, at the birth and in the months after birth, is crucial to the health and well-being of the community. We want the NHS to be national so we can, by sharing our risks across a whole population of nearly 66 million, afford for everyone to have the best available treatment.

We want it to be national so it can reflect our great national wealth. We are the sixth richest country on the planet; we are the financial hub of the western world, We want the NHS national, paid for from general taxation, paid for as a public good. A healthy population free of the fear of no t being able to afford health care makes for a happier, heathier more productive nation We want it national, so the workings of the NHS should be transparent and answerable to parliament for public scrutiny.

We want it national as some protection against the global economics, the economics of inequality. This huge increase could have ended global extreme poverty seven times over. Dangerous, poorly paid work for the many is supporting extreme wealth for the few. Women are in the worst work, and almost all the super-rich are men.

Governments must create a more equal society by prioritizing ordinary workers and small-scale food producers instead of the rich and powerful.

Save Liverpool Women's Hospital – Page 4 – For all our sisters,mothers, daughters and babies.

By being national, we can run the best system in the world without spending anything like as much as the Unites states does on health care. We want it national so it is too big for corporations to swallow whole and privatise, as they have privatised the railways, water, the post office, British Telecom and electricity and gas. We want it national to give it some protection from free trade agreements.

We want it to be national so we can share research, professional development and expertise without cost barriers to that sharing.